The television came on at 7:30 AM as needed, so we were happy to get moving on time. But there was a surprise awaiting us.

It was Thanksgiving in Canada!

The weather was phenomenal, with the promise of 70s by mid late afternoon. On October 10th. Interesting weather, considering we'd just been through some violent storms, seen snowflakes outside a Walgreens in Duluth, and now we were overdressed in long pants again.

Thanksgiving posed some problems for us. There weren't any restaurants open for breakfast, so we opted for a breakfast sandwich at the A&W. We should've just eaten stale donuts on the road. Jokingly, my boyfriend had to ask the clerk at the A&W why Canada celebrated Thanksgiving, since it was the Pilgrims who started it and it was obviously an American tradition. She said it happened in Canada too, and that it was a Canadian tradition. He said they stole our holiday, tried to celebrate it earlier in the year to make them look better, like it originated with them. She laughed and said something else about it being a Canadian holiday first, but I'm not sure who was right.

From Marathon we drove to White River.

Surely you've never heard of White River, Ontario, so let me tell you what makes it so memorable. The real bear named Winnie, who inspired the stories written by A.A. Milne, was purchased off a train platform in White River, Ontario. The story goes that a veterinarian from Winnipeg was on a train that stopped in White River on its way to the East Coast, where he would be shipped off to London. On the platform was a man selling a black bear cub, and without wanting this cub to be purchased by someone who couldn't and wouldn't take proper care of it, the veterinarian bought her and named her Winnie, after his hometown. Yes, her. He took her to London and a few months later had to loan her to the London Zoo while he served in Europe. He permanently made the London Zoo her owner a couple years later, and Winnie the bear became the beloved inspiration for Milne's stories of Winnie the Pooh.

White River celebrates Winnie the Pooh every summer, and there is a sweet park, statue, plaque and restored train station in Winnie's honor. 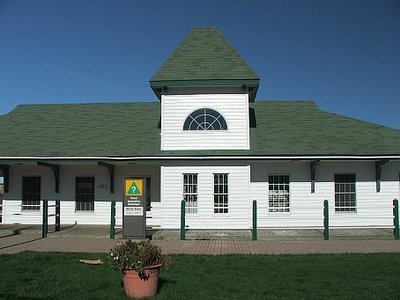 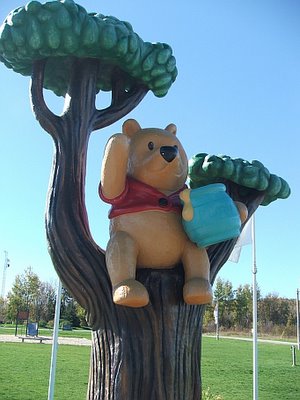 Front and back, of course. 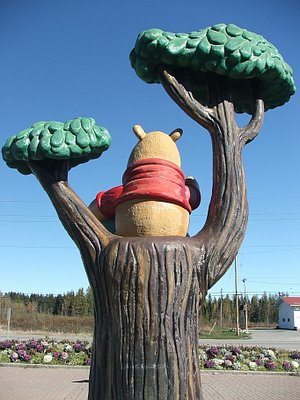 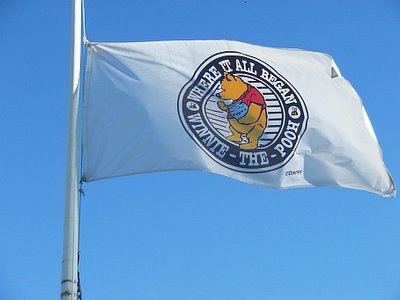 Now, I'm not going to point out that the bear cub was a black, female bear cub, and the icon is obviously not, but I definitely wondered how that came to be.

Instead of honey pots edging the statue, there were large cabbages (or something in that family) that looked really cool in the bright sunlight. 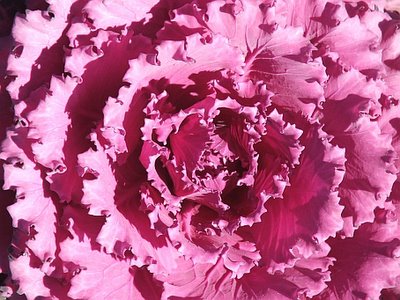 White River was nice, but without much interest in the large thermometer, once we'd enjoyed the Pooh display, we were on the road again.

This drive was so gorgeous, with the warm sun and beautiful lakes along the roadsides. There are some things we experienced in Ontario that need to be recognized.

First: inuksuks.
(All inuksuk photos were taken by my boyfriend, NOT by me since I was driving.) 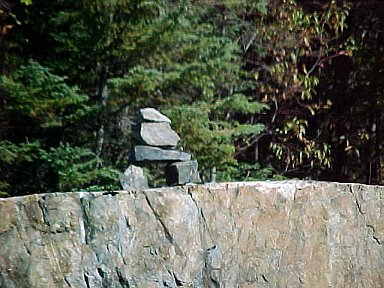 The rocks on the roadsides have these primitive, yet charismatic little rock images. They resemble a human shape, and when we first started seeing them, I suspected they were a tradition of Jewish origin, where visitors left a rock atop something significant. However, what we found was that these images were very different in nature. The shape is supposed to be a manifestation of the human spirit, and it is a welcome to visitors and grants safe passage.

They were really beautiful. 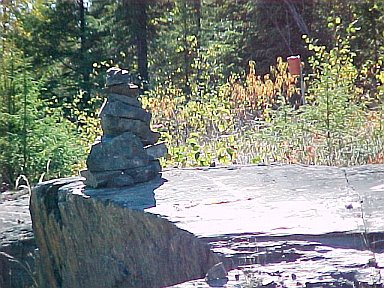 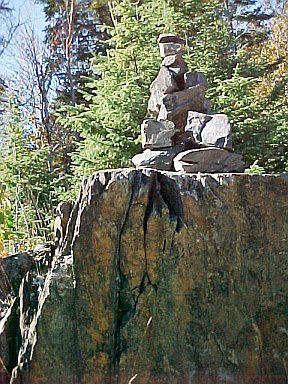 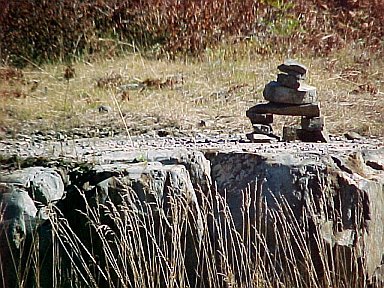 I've still been unable to determine who puts the inuksuks on the roadsides. It's a mystery attached to a special image.

Because there are slabs of rock where the road was carved into the hillside, a large number of these rocks bear the spray painted names of those who have climbed and visited them. To me, this resembled vandalism, but it was hard to be offended by the defacing. Folks had written their names or friendly messages on the rocks. I saw many proclamations of love, a marriage proposal, graduation congratulations and even a big smiley face. I figured they were local people, but I guess that's a silly assumption. There are areas where the spray painted images have been spray painted over with dull grey paint, which makes the rocks look awful because most are a deep maroon sandstone, and the grey looks very wrong. Perhaps there was something beneath that was worse than the usual name-writing. I don't know where this tradition began or why it seems so popular, but in a country that is so polite and respectful, it was initially strange, then when I realized they were polite and respectful messages, the phenomenon felt much more appropriate.

Driving was extra nice given that it was Thanksgiving and there were few people on the long highway drive across the Provence. Reaching Wawa was a relief if just to see people again.

We stayed at a motel that I was looking very forward to staying at, The Mystic Isle Motel. I expected a better view of the lake, but off on the far horizon, you could see a sliver of water, so they weren't lying.

The owners of the motel hadn't finished cleaning the rooms, since we were a half hour earlier than their check-in time, so they suggested we go see the waterfall and the beach. I couldn't help but chuckle over their pronunciation of Magpie Falls. The kindly woman told us we must see "madge-pee" falls, and her husband gave me directions to take down "madge-pee" road. Poor Madge, immortalized this way.

Magpie High Falls was really something! 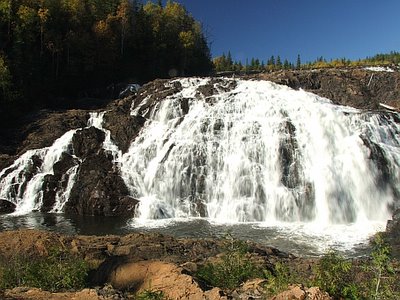 And for scale, to show you how huge this falls was, the picture below shows my boyfriend beneath the red arrow, for scale. There was a pathway to climb where you could view the falls from the top, and he went. You can hardly even see him in the photo. 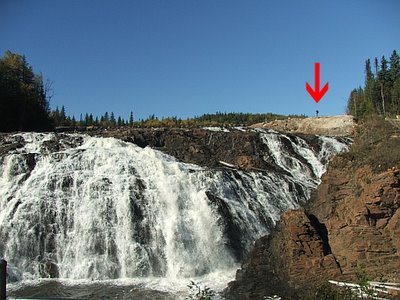 I had a lot of time to sit and play with my camera, change filters and take some closeups of the running water over the rocks, and the samples below are a fraction of what I took. 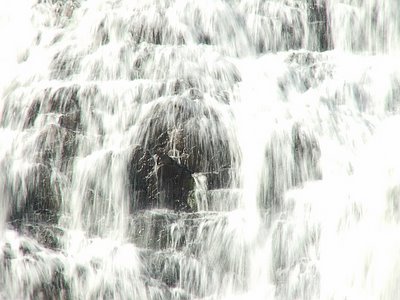 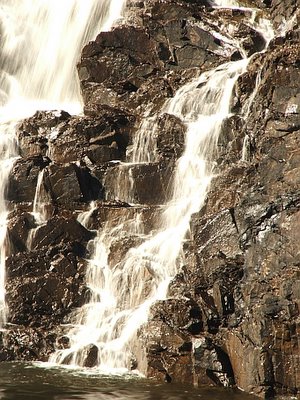 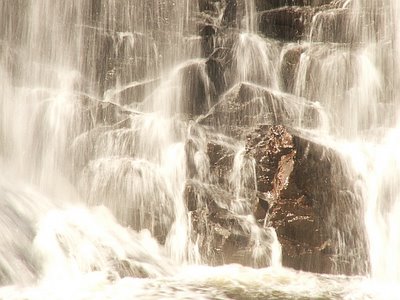 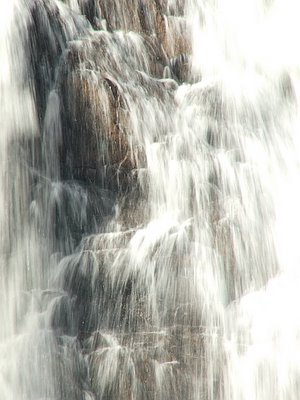 From there we went to Sandy Beach. This was the first beach with sand that we encountered since leaving Munising, oh so long ago. And with the sun blazing on this warm summer fall day, we took full advantage of the beach. I took my shoes off and rolled up my pants to go walking into Lake Superior. My boyfriend, who usually wears a T-shirt and two sweatshirts, even when it's warm, actually removed all three shirts to walk around bare chested! I was amazed. We were more amazed that it was nearly 80Âº out on a late afternoon in Wawa, Ontario in October.

The water was beautiful. 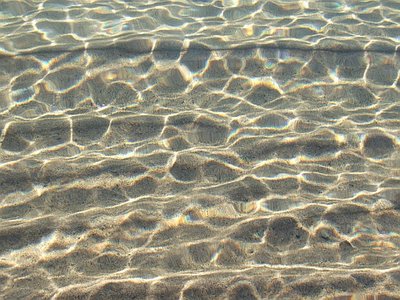 This was a truly unique beach, because the sandy area was sizable, but where the sand ended along the shoreline, the forested,craggyyoutcropss broke into the lake like everywhere else in Canada. The sandy area felt completely alien amongst the wilder areas next to it. 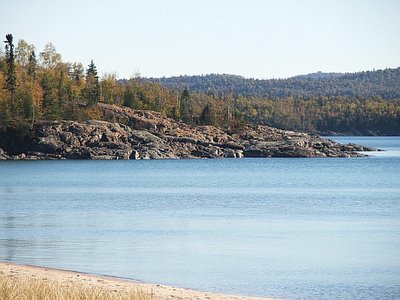 The beach was enjoyable, but I was hungry. We had difficulty finding a restaurant open on Thanksgiving, but a pizza place saved us from sure starvation. The food was pretty good and we went back to our room to relax and watch the sunset. While the promised view of Lake Superior was a little less than we expected, I did get a different kind of sunset picture that I liked. 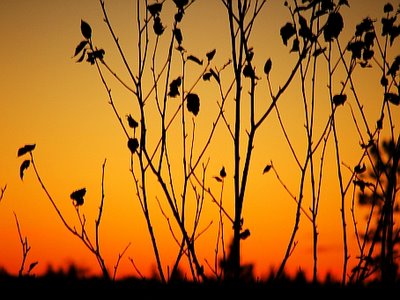 Wawa was definitely a great place to visit, and the motel room was nice, with a huge shower! I wish we'd have had an opportunity to explore more of Wawa, such as Wawa Lake and some of the local establishments, but due to the holiday, we were really closed off from normal activities. Thankfully we had the beach and waterfall though. It was really a spectacular day.
Posted by Doggie Extraordinaire's Mom at 2:22 AM