Monday we got up and out earlier than usual, which probably caused Boyfriend Extraordinaire much pain. (So sorry, Schwee.) With the hopes that the touristy areas wouldn't be as crowded on a weekday, we headed to Wagner Falls.

I love this falls and will stay there for hours if I can. It's just magical. 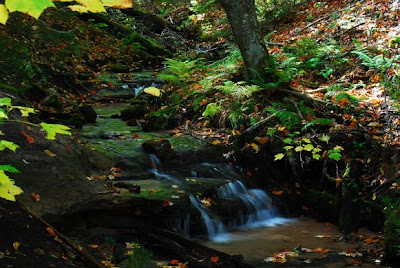 There are so many places where rocks protrude from the water, and it makes for perfect pictures of slow shutter and running water photos. Add some colorful leaves and you just can't beat it! 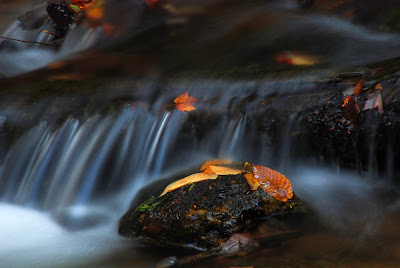 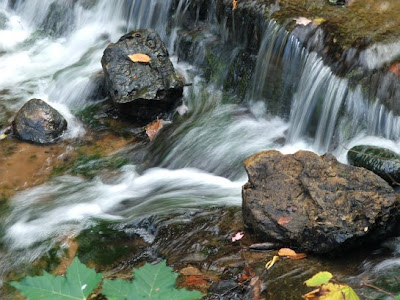 Not to say that the actual waterfall itself isn't glorious, because it surely is! 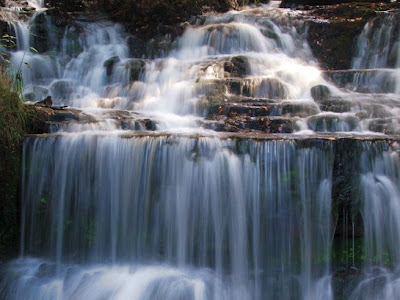 B.E. is a little, tiny bit obsessed with my partially blue hair, and on this day he took oodles of photos of the back of my head because I wore my hair in pigtails. 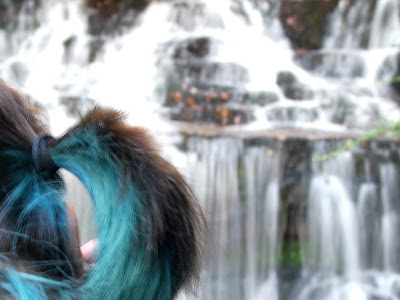 More photos of Wagner Falls can be found below at my Tabblo page.

It started getting crowded, so we decided to leave. The hills surrounding Wagner Falls were bright orange and we could tell that we hit the area at the exact right time.

I was having a brave moment when I decided to take B.E. to a new waterfall, one that frightened me too much to try before. Tannery Falls just sounded like a dangerous hike from the descriptions I read, so it took a few years to get up the courage to try. This was the day for me!

You wouldn't know it, but this little stairway on the side of the street hides the best waterfall in Munising! 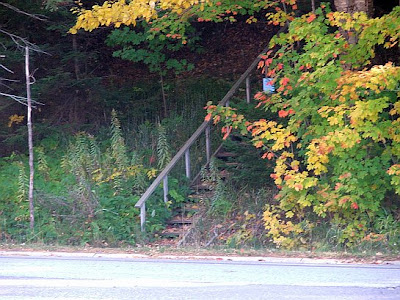 There were a few moments of panic when I think I snapped at B.E. who was trying to help me past some very high spots when I had doubts that I could go on, but we both made it. WOW, was it worth it!

This is a waterfall not to be missed! 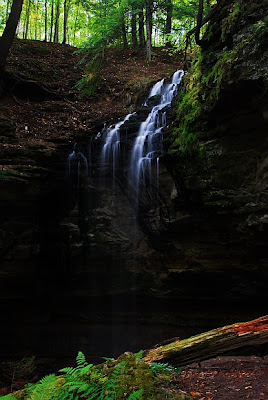 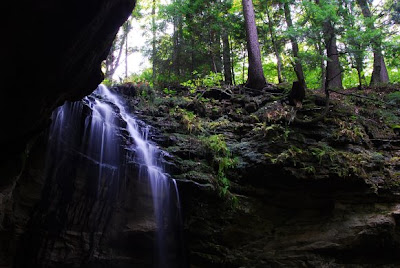 The walk to and from the waterfall is awesome. You walk on a narrow, sandy path with a tall canyon rising above you, almost encasing you in a cave of rock with a canopy of trees on top. The rock is gorgeous, with nooks and crannies, and beautiful plantlife growing from it. On your other side is a steep drop, so far you cannot see the bottom, and I don't like to think about this part of the walk, so I'm not going to talk about it. However, it's quite scenic, secluded, and it remains cold and dark from a lack of direct light. 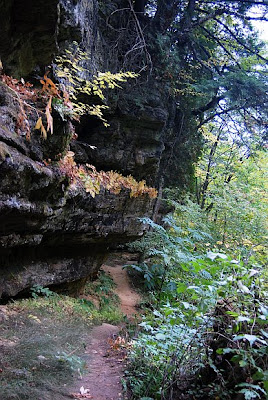 B.E. looked closely at some of the tiny things growing on the canyon walls and realized they were actually tiny alligators. See? We could've been eaten by a million little alligators! 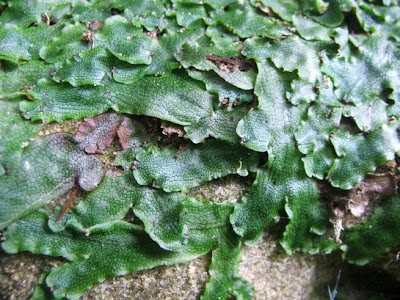 The rock itself is typical of the area, composed of limestone and stained bright colors from the minerals that seep through or drop over. This is the Pictured Rocks National Lakeshore, after all. 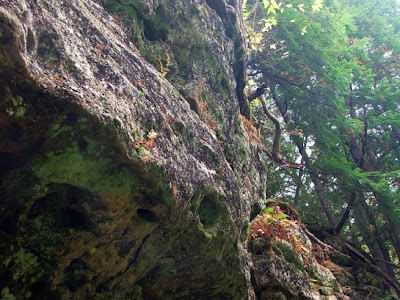 More photos of Tannery Falls can be seen at the Tabblo page below.

Despite having an awesome day that was just packed with fun, we decided to tackle another of our favorite spots: The Tree Graveyard. This is actually Sand Point, but due to all the trees that wash ashore here, we have renamed it. 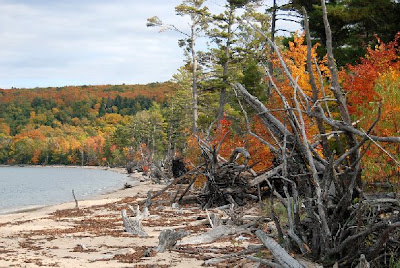 For many years, there has been an island of sand in the middle of the bay here, and a few brave swimmers will risk the riptide danger to visit this island, inhabited by many seagulls. However, this year, the sand distribution at Sand Point has shifted dramatically, and many of the half-buried trees have been unearthed, while the sand that once buried them has moved along and connected to the sand island in the bay. There is now a huge sandbar jutting out into the bay, much to the dismay of the seagulls who viewed this as a haven.

I was quick to get out there, chasing off the gulls, eager to be somewhere new and to have a view from the center of East Munising Bay. This is my view from the end of the sandbar, looking back at B.E., slowly sauntering over, bundled up in his quadruple layers and massive coat. 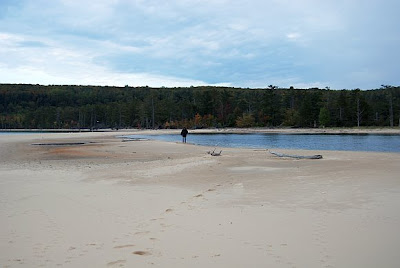 Then it started to rain. We didn't stay long after that, but it was totally cool to be in the bay thanks to some beach erosion.

What a trip! Already full of all kinds of new adventures, even though we have been there many times over many years.
Posted by Doggie Extraordinaire's Mom at 6:56 PM